Some staff at the major Ipswich shopping centre, Riverlink, west of Brisbane, are confused and angry about car parking regulations. 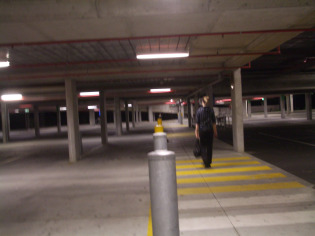 A young employee walks to her car parked on the outskirts after work finishes.

Riverlink staff are required to park in designated areas around the outskirts of the car park.

Jessica Holt, who works in the centre, said her main problem with staff parking is the lack of it.

“You have to park on the borders, but there’s nowhere near enough parking for the amount of people who work in the centre,” she said.

“At Christmas you can’t get a park, because it’s not labelled and there’s not enough parking against the wall anyway,” she said.

Robert Hamilton, licensee of the North Ipswich Post Office said there can be consequences if staff do not park where they are told to.

“When they first brought it in they said they would tow your car away,” he said.

“Recently they said they would fine [offenders] $110.

“I don’t think they can fine us, unless there are signs for two-hour parking or five minutes or something like that.”

“I think we should have a designated area where [only centre staff] park, with a reasonable number of parks,” she said.

A spokesman from an affilated organisation of the United Retailers Association which specialises in retail leases, says the centre does not need to provide parking for its tenants or their employees in the lease.

“The logical thing is providing staff parking for staff,” he said.

“The problem with that is that tenancy does change, and you could go from needing 500 staff parks to 1,000 staff parks.” 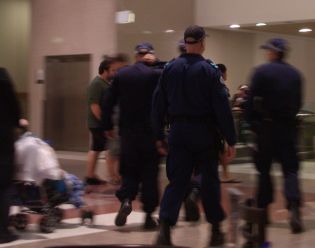 On Thursday nights – late night shopping in Ipswich – extra security and police patrol the shopping centre, but only until the centre closes, not until the closing staff leave.

Miss Therekauf said she had concerns about her safety.

“The worst part about Thursday nights is walking down to the other side of the car park by ourselves,” she said.

“I’d like to ask [centre management] what happens if a car gets damaged or a person gets injured while we’re parked where they tell us to,” he said.

Macrossans Lawyers partner Rachel Drew, an expert in industrial relations, said staff have a personal responsibility to ensure their own safe travel to and from work.

“However, if an employer provides a designated staff car park it must be free from any obvious hazards – defects in the car park, issues relating to access to it, and safety issues,” she said.

“Employers might argue if there are alternative safe means of safe transport available like catching a train or bus its open for employees to use that transport rather than driving their car.”

“It’s … the responsibility of the local and state governments to ensure that there are adequate transport and associated amenities to staff and consumers,” he said.

He says Riverlink was not alone in its parking issues.

“Parking is a perennial problem, one that is going to become a bigger and bigger problem with the expansion of population,” he said.

Personal safety Out and About: http://www.police.qld.gov.au/programs/personalSafety/situationalAdvice/02.htm

Personal safety in the Workplace: http://www.police.qld.gov.au/programs/personalSafety/situationalAdvice/06.htm