The Western Downs Regional Council has confirmed it will not process and detain boat people, after the Federal Government labelled the south-east Queensland town of Dalby as a potential site to house asylum seekers.

The issue generated great public concern when the Immigration Department approached several communities around Australia in a plan to alleviate the numbers flooding the detention centre on Christmas Island.

Jude Burke, a Dalby resident of 22 years, formed a social networking page aimed at voicing the opinions of the community and requested action be taken by the local town council.

“It (the Facebook site) was created to stress the point that employment is already hard enough in our town and that medical facilities are over stretched,” she said.

“I want to make it clear that I am not opposed to legal immigration.” 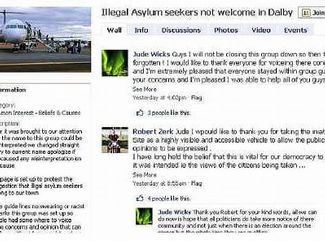 Western Downs Mayor Ray Brown initially agreed to consider the proposal, but later admitted that Dalby was not ready to house an estimated 1,000 people due to inadequate interpretation services, medical facilities and close residential housing.

“We’re a wonderful community here in Dalby and I’m sure we can look at it,” he said.

“But there’s residential housing within roughly 500 metres of that (proposed) site. There would be huge concerns.”

Dr Robyn Keighran, a local general practitioner who has been living in the rural area for 16 years, believes that although the government is taking the right approach by placing asylum seekers in rural areas, Dalby does not have the ability to maintain a detention centre of that size.

“Nobody wants to work in the country anymore and as a result, we are left with a shortage of medical services in remote areas.”

“Allied health professionals are also scarce in rural areas and can often account for 50 per cent of the health workforce,” she said.

Mr Brown submitted a rejection letter to the Immigration Department outlining both public and council concerns.

“The response was very simple,” he said.

“We do not accept the detention centre in Dalby.”