BAM! Festival organisers have announced they would cancel this year’s festival unless ticket sales increase in the next week.

In a final attempt to enhance sales each ticket to the three-day camping festival now admits two people.

The event was set to be south-east Queensland’s newest music and arts festival, held at Ivory’s Rock Conference Centre near Ipswich this October.

But unless they sell 200 more tickets by August 25 they will be forced to cancel the inaugural event said BAM! Festival’s founder Sarita Beavis.

“Unfortunately, at this stage we have failed to reach critical sales targets in order for the festival to successfully go ahead,” she said.

Organisers hope the ‘bring a mate for free’ promotion will give them the final boost they need.

“This is a real chance for people to help make a new festival showcasing local talent come to life,” Ms Beavis said.

Triple J Unearthed band The Founds are disappointed they may miss their chance to play at the festival. 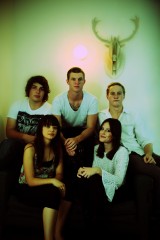 The Founds are one of 160 acts scheduled to play at BAM! Festival. (Photo Credit: Madelyn Wray)

Fellow band member Kirstie Ford said bigger festivals becoming more expensive are making it harder for new festivals to be given a chance.

“Don’t get me wrong, I went to Splendour [in the grass] and I loved every moment of it, but it cost so much that it will really limit what other festivals I can go to this year,” she said.

A camping ticket for Splendour in the Grass, held last month, cost $450 for three days.

There are 160 acts scheduled to play including Dallas Frasca, The Winnie Coopers, Chocolate Strings and DJs Amber Savage, Nik Fish and Bexta.

Earlier this year another first time festival, The Lost Weekend, was also cancelled due to a lack of ticket sales.

If the festival is cancelled all ticket holders will be entitled to a full refund from their point of purchase.