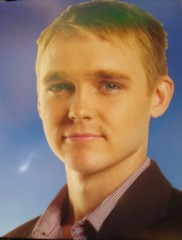 In the closely contested seat of Longman voters are divided over Wyatt Roy as criticism mounts against the youngest ever federal candidate. (Photo supplied)

Tension in the seat of Longman escalated last weekend, at Caboolture, when an LNP campaign volunteer was sacked by Mr Roy following a scuffle with an ALP supporter.

Mr Roy, a third generation Caboolture resident and university student, is quick to silence his critics.

“My life and my record has been very available and people will make their judgement upon what I say and what I do and I think that’s the important thing come polling day,” says Mr Roy.

Caboolture resident, Wendy Littlejohn, 67, believes that youth is no obstacle to understanding the concerns of working people and families.

“It’s an inspiration to see a young person like Wyatt wanting to stand up and be counted and taking a strong leadership role amongst our youth and broader community,” says Littlejohn.

Mr Roy believes he is in a good position to represent a broad cross-section of the community including retirees and working families.

“In terms of diversity of the team and what we bring to the Parliament. The Parliament should be reflective of the wider Australian community and I am a much smaller piece in a larger jigsaw,” says Mr Roy.

“I try to approach politics with a positive, proactive, honest and inquisitive approach and try to bring some sense of integrity to politics and essentially to the Parliament.”

At neighbouring Narangba Benjamin Seydel, 19 and a university student himself, is wary of giving his vote to the inexperienced Mr Roy.

“At his age I am unsure whether he can shoulder the responsibility and pressure that being an MP would bring. Maybe in a few years he may be better suited to such a tough job,” says Seydel.

The political rookie is up against seasoned campaigner ALP candidate Mr Jon Sullivan who, with 25 years of experience, was elected in 2007 as the first Labor member for Longman.