As more fashion labels are looking for ‘real’ people to represent their company, anyone can give a career in modelling a ‘real’ go. The latest fresh, young ‘It’ people of tomorrow are being discovered on campuses at Queensland universities or shopping on Queen St Mall.

Newly established Brisbane based online t-shirt distributor Thomas t is setting the bar for Brisbane’s style conscious male and using a fresh face that looks like your average male university student to represent their spring/summer range. Fashion entrepreneur and the designer of the label, Scott Routledge, believes using real people as models is the key to a successful campaign. 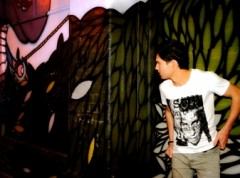 “I wanted to find someone who was essentially just one of the boys, who represented the everyday kinda guy and fit my demographic of the 16-35 year old male who’s a bit fashion savvy,” Mr Routledge said.

Brisbane is fast becoming the best base for ‘real people’ to break into the modelling business.  According to June Dally-Watkins Brisbane director, Jodie Bache-Mclean, the Brisbane agency caters to a general market and represents all types of models, with no shortage of work for the more ‘real’ people.

“Companies want to use people who, from a visual perspective, look like your next door neighbour or someone you work with,” Ms Bache-Mclean said.

University of Queensland PhD candidate, Phillippa Diedrichs, investigated the impact of using average-sized female and male models and whether it promotes positive body image within the media. Ms Diedrichs produced a sequence of pretend advertisements for a variety of fashion and beauty products. Over 300 females and males, aged 18-25, viewed the advertisements featuring either size eight-10 or size 14 female models.

“Women who saw the size 14 models felt significantly better about their own bodies in comparison to those who saw the thinner models,” Ms Diedrichs said.

“My research indicates that average-size models may be just as effective in advertisements and that many consumers actually want to see more realistic models,” she said.

Evident at this year’s Brisbane Fashion Festival held in early August were ‘real’  bodies and if this continues, along with fashion companies using everyday people for their campaigns, then Brisbane is certainly at the forefront of a change in modelling.