‘No Broken Promises’ on rail link

The Redcliffe rail link will go ahead despite concerns the government could back down post-election, the Moreton Bay Regional Council has confirmed. 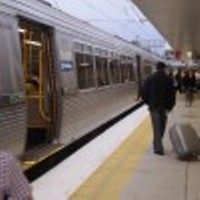 Moreton Bay Mayor Allan Sutherland, said he will make sure there are no broken promises.

“There is no way the link will not go ahead while I’ve got breath in my body; if anybody tries to wriggle out of this one they’re going to hear from me,” Mayor Sutherland said.

Many Moreton Bay residents support Mr Sutherland and say they would vote for him to be re-elected in 2012 to ensure the link is built.

“I would vote for the current Local Government to ensure the link goes ahead as many people in my suburb and surrounding suburbs would benefit from it,” said Petrie resident Tanissa Rowe.

In addition to the council, the Federal Government, Federal Opposition and State Government have all confirmed their commitment to make the long-awaited link a reality.

Mayor Sutherland said he has eagerly awaited the 12.6 kilometre link, which will connect Petrie to the Redcliffe Peninsula.

“In my opinion, the link should have been built 50 years ago when it would only have cost $20 million,” he said.

“Now we are the fastest growing region in South-East Queensland and the third-fastest in Australia.”

“We cannot afford to not go ahead.”

The Local, State and Federal Governments have all committed to fast-track the new Redcliffe rail link, which will begin construction in 2016.

Despite this Moreton Regional Alliance chairman Max Barton, told Quest Newspapers the timing of the elections could result in all governments walking away from the project.

“Between now and the proposed start date there is a local election [in 2012] so the council’s contribution is dependent on their re-election,” Mr Barton said.

“The announcement seems to have been timed nicely to give all levels of Government the chance to walk away from the project and let it fall apart.”

The ABC explains Government funding for the new link.