LNP: There is no justification for rent hike on Crown land

The Queensland Liberal National Party said if they were in government there would never have been an increase in rent for Crown land.

Opposition spokesperson for Natural Resources, Mines and Energy and Member for Callide, Jeff Seeney said “we wouldn’t have done it at all; there is no justification for it. 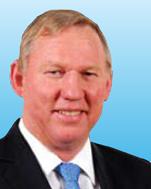 “To have an increase of 450 per cent is money gorging. It’s gorging money from people for the government’s own profit. There is no justification at all in any case let alone a 450 per cent increase.”

Crown land is land owned by the state or federal government which is often rented to people and companies for private use.

Uses of crown land include placing a bore near a lake to provide water to a house, or phone and electrical companies using land for power poles.

Up until recently the lowest yearly rent being paid for Crown land was around $80, according to a spokesperson for Stephen Robertson, Minister for Natural Resources, Mines and Energy. The new minimum is $370.

Some residents, who previously paid just under $100 a year, were shocked at being forced to pay up to $500 for bores which haven’t worked in years.

The Labor State Government announced earlier this year the rent on Crown land was going to increase. However many leaseholders failed to receive any notification of this.

The Department of Environmental Resources Management said the information packages regarding the new rental arrangements were distributed through the department’s mailing contractor to all the State’s 22,703 leaseholders.

As a significant number of lessees failed to receive their information packages, the department said a three month extension had been granted to landholders until 1 December 2010 to pay the new fees.

Over $99 million has been billed for the 2010/2011 billing period, according to the department.

The department said the new arrangements take into consideration the costs involved in administering the leasehold portfolio, which is worth $6.812 billion.

Deputy Leader of the Liberal National Party, Lawrence Springborg, cannot believe the claim the increase is to cover administration costs.

He told the Daily News recently “Labor is claiming the increase reflects administration costs, but that’s ridiculous because all the Government is doing is sending out the same computer-generated bills once a year”.

“If that’s how much it costs them to administrate, no wonder the State Government has racked up so much debt.”

Mr Seeney said the rent increase is likely to cause some hardship for people, especially for those leasing a small amount of Crown land.

“For a lot of the residents it’s a huge impost, especially for people on small acreages.

“They are very small areas, some of them are five square metres, 10 square metres that are leased that allow people to put a pump in a creek and there is absolutely no justification for the government to charge them $400 to do just that,” he said.