Claims killer viruses could be a result of GE 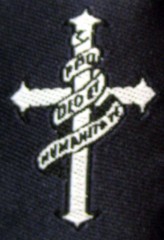 Genetic engineering could be to blame for an increase of killer viruses: Joshua Brockbank

Some of the world’s most prominant scientists believe there may be a link between genetic engineering and non-endemic influenza viruses infecting man.

Dr David Suzuki has published book after book – highlighting the increasing occurrence of GE research alongside influenza viruses which jump the species barrier.

GE involves the splicing of genes, or taking a gene from the host species and placing it in another to gain certain characteristics of the imported gene.

There are several different methods used to achieve this.

“They do this up in the [Mater Medical Research Institute’s] genetics lab.

“These viruses are used as vectors.

“You fill them with the genes you want to move and then infect the animal you want to be exposed to those genes.”

Outside of a laboratory, after a gene has been forced across the species barrier by a geneticist, the gene has the ability to cross to other species on its own accord.

Dr Suzuki said there is no way for a geneticist to tell whether the gene being spliced is traversing the species barrier alone.

“When we snip a bit of DNA out of an organism, we can also include the parasites [including endemic viruses] – about which we know very little,” Dr Suzuki said.

Dr Joe McCormack from the Mater Private Hospital and a lecturer at the University of Queensland said he is “aware of that sort of discussion, but it’s difficult to prove.”

Queensland’s three viral concerns this year have all jumped the species barrier – swine flu from pig to human, Dengue fever from mosquito to human and the Hendra virus from bat to horse to human.

“These mutations occur every year, they occur in influenza viruses every few years, once every 10 to 20 years a big change occurs,” he said.

These big changes result in flu pandemics like the Spanish flu of 1918.

“We haven’t had one for about 30 years so there are a lot of people who think we are due for one now,” Dr McCormack said.

Mandy Michie, clinical nurse consultant in infection control at Brisbane’s Mater Private Hospital, said most experts expected a strain of avian flu to be our next pandemic.

Ms Michie said indirectly that was the case with swine flu.

Ms Michie said “if anyone knew how influenza crossed the species barrier, they would know how to stop it.”