Queensland is home to a group of talented and dedicated athletes, but most people don’t even realise.

These calisthenics competitors are the unknown sporting elite of Australia. They compete at state and national levels, wear make-up and sequined outfits. 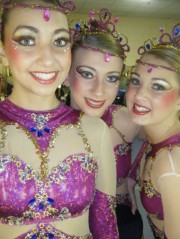 Queensland champion team member Ryley Burroughs said many Australians had misconceptions about what the sport involves.

“Most  people think it’s aerobics or pilates because there’s such a low understanding,” she said.

She said that calisthenics – which judges competitors against strict standards of flexibility, strength and control – is widely underestimated.

“Most people consider it a hobby like dancing, but it’s very competitive; not just something we do for an end of year concert for family and friends,” she said.

“In the lead-up to a big competition training is rigorous and we’ll have six-hour practices. It’s much more involved than in a hobby.”

She said competitors at the state and national level are highly skilled and dedicated to training.

“It’s a lot of hard work and these girls are athletes.”

Ms Burroughs said the ‘best of the best’ can train together at calisthenics colleges inVictoria where the sport is well recognised.

“In Victoria the standard is the highest. The calisthenics colleges only accept the most talented, technically skilled competitors.

“They’re incredibly selective and strict, you could compare [the colleges] to the Australian Institute of Sport,” she said.

According to Mandy Roser, co-president of Queensland team Rosemore Calisthenics, the sport is popular in Victoria because it started there.

“Calisthenics is a uniquely Australian sport that was introduced in Victoria during the gold rushes.”

She said the sport is trying to increase participation and awareness nationally, particularly in Queensland and New South Wales.

“The Australian Calisthenics Federation are trying to help out the struggling states and territories to make sure that clubs don’t have to close down from lack of participation and funding”, she said.

The national Calisthenics competition will be held in Canberra on September 27.

Teams prepare seven choreographed routines and perform in front of a panel of up to three  judges.

Routines can be performed using apparatus, including rods and clubs to demonstrate coordination.

Teams can also perform rhythmic aesthetics, focusing on impressive displays of ‘off the floor’ work like leaps and turns.

Calisthenics is a serious sport, but competitors get the chance to have some fun with dazzling costumes and drama in routines called ‘fancies’.

Ms Burroughs said competitors can choreograph song and dance routines and get creative with their outfits and make-up.

“We’re really serious about our training and competitions, so it’s nice to be able to show a bit more personality and go over the top with our costumes,” she said. 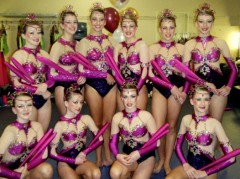 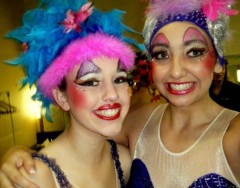