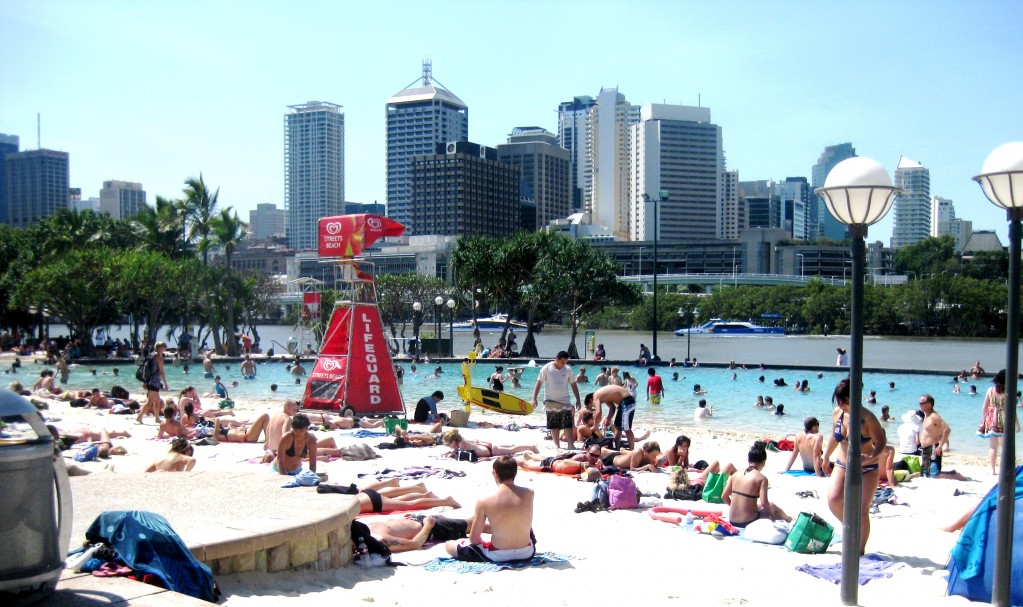 Southbank was the place to be on Sunday with hundreds flocking there to soak up the sun: Sarah Owens

South-east Queenslanders have endured the first day of what is set to be a scorcher of a week, with temperatures expected to soar into the mid 30 range.

Today in Brisbane it was 32 degrees, while Tuesday is facing a high of 33 degrees.

Gavin Halcombe from the Bureau of Meteorology says the warm conditions are well above the September average of 25 degrees.

“Those hot north westerlies drag the hot air out the north-west part of the state and as a result conditions are well above average,” Mr Halcombe says.

He warned the worst is yet to come.

“The really hot conditions haven’t reached us yet,” he says.

“As the trough system moves eastwards those hotter conditions will initially move into the south-east and southern interior and then over the south-east coast [for Tuesday].”

The hot weather is good news for swimmers, with Brisbane City Council pools now officially open for summer trading and Queensland lifeguards back patrolling the beaches.

At Burleigh Heads, Queensland University of Technology students Megan Kedda, Lauren Roberts and Megan Warfield made the most of the summer-like conditions.

“It takes a lot for me to actually go swimming, but today there was nothing stopping me from getting in,” says 21-year-old Ms Kedda.

However the above-average temperatures has also put the south-east on bushfire alert.

“Conditions are going to become very windy around the southern part of Queensland during Tuesday and Wednesday and as a result we will see an increase in fire dangers,” Mr Halcombe says.

“Over the next few days we’re going to see some very hot, dry, gusty winds come through so there is potential for bushfires,” Mr Rothwell says.

“We’re watching what the weather patterns will do and if they do escalate like it’s predicted, especially around Tuesday, we’ll most probably put some local fire bans in place.

“Quite clearly we’re in the start of the fire season,” he says. 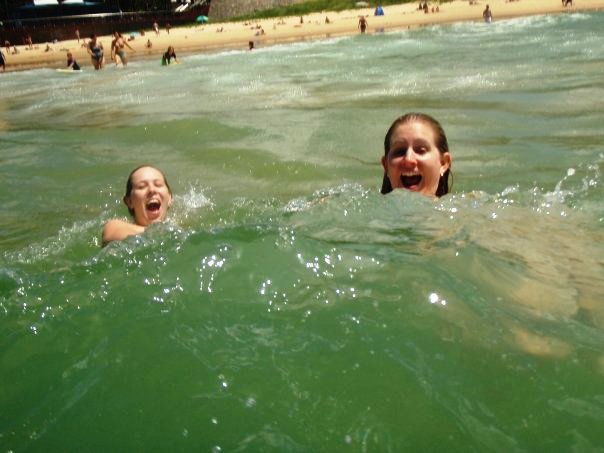 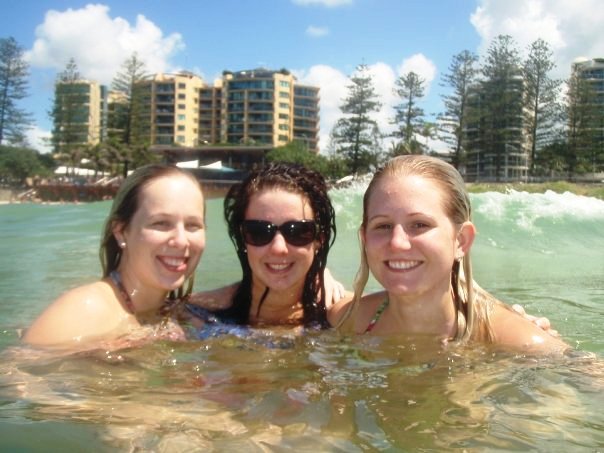