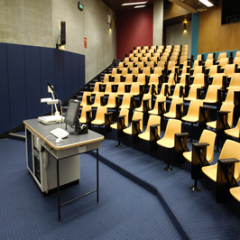 Today begins a 24-hour strike of academics and staff from 16 universities across Australia who are campaigning to secure better pay.

They are also campaigning for a reduction in the casualisation of the work force and better conditions for contract researchers.

National Tertiary Education Union (NTEU) branch secretary Margaret Lee said in a statement the strike is as a result of a bargaining stalemate of 16 universities across the country.

“It’s time to draw a line in the sand. Vice chancellors need to realise that it is well and truly time to come to the table,” she said.

According to UQ Student Union president Brandon Carter, the industrial action poses a threat to students as it is poorly timed and lacks staff support.

“They are considering bans on student results at the end of this year if they don’t get their way – and I don’t think student results should be held hostage and used as ransom in a pay dispute,” he said.

Other universities have reached settlements, including James Cook University, which avoided the strike after the union and administration agreed to a new enterprise agreement on Monday.