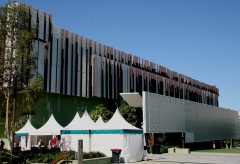 Writers stalls outside the State Library of Queensland: Damien Jowett

The Brisbane Writers Festival reached the final chapter on the weekend as Australian author Thomas Keneally concluded the event for readers and writers in his closing address.

Nearly 30,000 people attended the five-day event – slightly up from last year – along  with 250 national and international  authors at the State Library of Queensland and GoMA.

While in Brisbane for the festival, Keneally warned against new book laws which he believes would cripple the Australian industry.

He told Fairfax Digital young authors would have trouble finding publishers as Australian books would be edited to suit US styles.

He also said it is unproven whether overseas books would become cheaper given the new laws.

Although the festival is now over, author Linda Jaivin said the best advice to motivate young writers  is to “read, read, read.”

“I think all writers festivals are really inspiring, because…you get to see these…writers, who normally live in caves and don’t come out except for the occasional bit of light and air and sustenance, and we all get together and we actually talk about ideas, we talk about how we write, we talk about the research, we talk about things related to books and writing.” 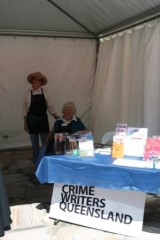 “I read several books a week in the nature of my work.”

Jaivin also said the festival was important as young writers as will provide “stories and sustenance” for generations to come.

“So many younger people are not readings books, they’re reading only things that have hypertext,” Jaivin said.

“They don’t read anything for more than five minutes continuosly… And I think that when you read and write long narratives you’re able to sustain long, interesting, complex thoughts.

“So one hopes that a lot of you will … also aim to have big things, long things, complex things, things that tease out themes and plots and stories.”