The Beatles Remastered: Worth Re-buying? 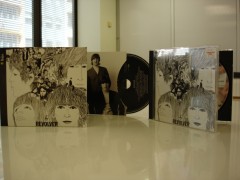 Beatlemania is gripping the world once again with today’s international release of the band’s digitally remastered back catalogue.

The box sets, available both in mono and stereo sound, were snapped up by fans at record stores around Brisbane.

The Beatles In Mono limited edition box set had sold out at Rocking Horse Records in pre-orders alone.

The quality of the original CD mastering of the Beatles catalogue has been widely derided by fans since its release in 1987.

But is the sound quality of the new remasters superior enough to justify repurchasing these albums?

Sub Tropic took both copies of the Fab Four’s 1966 classic Revolver  to the streets of Brisbane to find out what people thought. 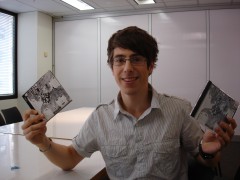 Paul Violett, a young Brisbane bartender, listened to the 1987 and 2009 version of Yellow Submarine.

First Impression: “I couldn’t really tell the difference [between the two songs]. The only clue was that drum sounded a bit tinny on the older one.”

Verdict:“I think it’s only really for diehard people. Not worth the extra money.” 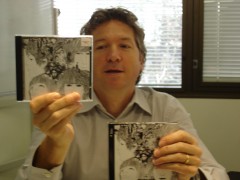 Brisbane architect Liam Proberts had a surpising opinion on the different versions of Good Day Sunshine.

First Impression: “I thought that the voices were crisper on the first CD [the 1987 version], I could hear the singers better. The second CD [the 2009 version] did sound a bit richer though.”

Verdict: “I actually thought the older version was more interesting.” 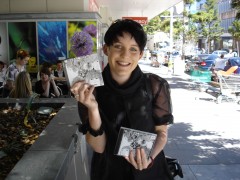 First Impression:“I thought the string section was more prominent and overall the quality was better on the newer one.”

Verdict: “I reckon it would be worth the extra money for some people.”

What was your opinion of the Beatles remastered? Leave a comment below.