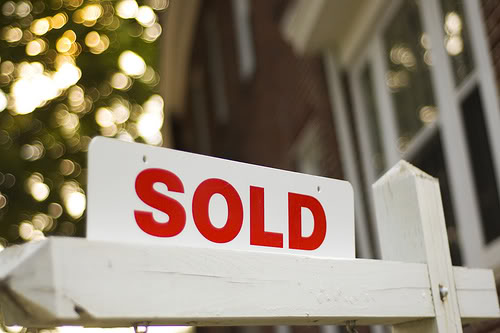 Sold signs are once again becoming common sight on the roadside: Todd Stevens

The future looks bright for the Queensland property market, according to figures in the quarterly report released by the Real Estate Institute of Queensland.

The last three months saw sales in Brisbane up 23.4 per cent, while both the Gold and Sunshine Coast were up just above 17 per cent.

Queensland agents sold 3,000 more properties than this time last year, but are still down on the same period in 2007.
Dan Molloy from the REIQ said the figures represent a renewed confidence in the property market.
“It is a result of not just first home buyers in the market place, but also an increasing number of people taking the opportunity to move into higher price property and also some signs that investors are moving back to the market,” he said.
Despite the first home buyers grant being rolled back towards the end of the year, he believes some suburbs still present fantastic opportunities.
“Suburbs that have performed very well continue to be those close to the city and close to the river,” Mr Molloy said.

With the prospect an interest rate rise before Christmas and again during 2010, some buyers are still hesitant to enter into real estate.

But Daniel Streak, an agent on Brisbane’s north side, remains confident property will continue to grow despite any rise.

“We definitely will notice a difference but I think overall it still comes down to properties that are priced well and presented well will still sell in any climate,” he said.
The median house price in Brisbane rose 3.3 per cent during the quarter – markedly better than most areas, including the Sunshine Coast which only saw a 1.1 per cent increase.
Doug Disher, from Doug Disher Real Estate in Toowong, said Brisbane is a city in constant demand.
“Even in a downturn you’re going to get demand just purely from the point of view that there are so many people still coming to Queensland and most of those want to be in close to the centre,” he said.
He said Brisbane offers investors a more stable environment than other Australian centres.
“The  best time to get into the market is when you can,” he said.

“We are not like Sydney or Melbourne where you have got boom and bust, Brisbane tends to go up gradually and consistantly so it’s a good market place to buy in.”