Call for boys to get free Gardasil 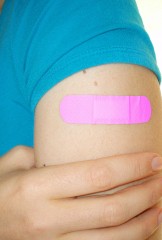 Males currently have to pay at least $360 for the HPV vaccine: Imogen Brennan

Former Australian of the Year Professor Ian Frazer is calling on the Federal Government to extend the free Human Papilloma Virus (HPV) immunisations to boys.

Most people know it as the cervical cancer vaccine, but it actually guards against the Papilloma Virus infection which develops into cancers and disease.

“Cervical cancer is the one everybody knows about but cancers in the mouth and throat, cancers in the skin and other cancers even in the genital region are also caused by Papilloma Virus infection,” Professor Frazer said.

Subsidised Gardasil vaccinations are currently only given to school-aged girls but Professor Frazer said it would protect men from cancers and 90 per cent of genital warts.

“It makes good sense to immunise men as well as women against the virus,” he said.

“The reason is firstly because the virus causes cancer in men as it does in women; not as commonly as in women, but about a tenth of all the cancers worldwide that are caused by Papilloma Virus infection are caused in men,” Professor Frazer said.

Professor Frazer told the Australian Sexual Health Conference at Brisbane’s South Bank this week that worldwide immunisation could reduce the burden of cancer by around a quarter of a million each year.

“The challenge, of course, is that these vaccines are expensive. It really has to be shown if they’re cost effective, not just effective,” he said.

A spokesperson for federal Health Minister Nicola Roxon said the Government is not currently considering expanding the free vaccination to include boys.