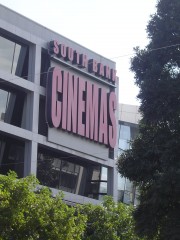 South Bank businesses are participating in a student lock-out trial initiated by the Queensland Police Service (QPS) to prevent vandalism and truancy.

Over the past two months, the QPS has approached several businesses to encourage their participation in the project.

The South Bank Cinemas, a local convenience store and several fast food outlets have agreed to participate in the trial.

Last week the participating businesses started to refuse service to students in uniform during the hours of 9am – 3:30pm.

District Inspector Chris Sang from Metro South Police said the project was a preventive measure for vandalism, as well as a way to protect children.

“It is more about the kids being victims as well as them committing offences,” he said in an interview with ABC Radio.

“They weren’t committing any offences but we were concerned they would become offenders down the track.”

Phase one of the trial allowed police to gather data about which schools the children were from and how often they were coming to South Bank.

Phase two of the trial will see the QPS directly contacting the schools and implementing strategies to keep kids in school.

“I used to see so many kids during school hours… they were always loitering,” she said.

“They never caused too much trouble, but we had to keep an extra eye on them.”