GC United players ‘not for sale’ 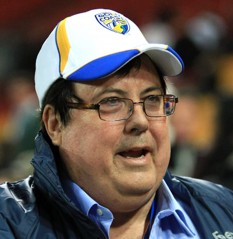 Gold Coast United chairman Clive Palmer says his players are not for sale, and will not be for the rest of the season.

After two fantastic displays in the opening games of the A League season, Gold Coast players including Shane Smeltz have generated interest from overseas clubs.

Smeltz has been in blistering form lately, scoring four goals in a 5-0 thrashing of North Queensland Fury last weekend, fuelling speculation of a possible move to Europe.

The Gold Coast side has already lost midfielder Adam Griffiths, who was signed for a record fee by Saudi club Al Shabab after playing  just one game for his new club.

“None of our contracted players are leaving and no further transfers during the current season will be considered for any amount of money,” Mr Palmer said.

“Any offers we receive will be rejected out of hand.

“The final decision on the acquisition or transfer of any players rests with the board of directors at the Gold Coast.

“Neither Miron Bleiberg or anyone else will influence that decision process.”

But Palmer might have difficulty keeping his players after the A League season ends in March next year, with a big break before the World Cup in South Africa in June.

International players like socceroo Jason Culina may choose to transfer to an overseas club to maintain fitness prior to the World Cup.