Life is the winner at Transplant Games

Since its inception in 1978, the World Transplant Games has provided living proof that organ and tissue recipients can return to a successful and fulfilling life through demonstrating the level of health and vivacity that can be achieved after transplantation. As well as increasing public awareness of its success and expressing gratitude towards organ donors and their families, the Games also aim to increase organ donation rates. Beach Walk'n'Talk. One of the many events held as part of the Games to raise organ donation awareness: Stephanie Bourke.

This year’s event on the Gold Coast saw 2,000 participants from over 50 countries competing in 14 events including athletics, swimming, cycling and volleyball.

Participants in the Games are of all nationalities and ages but all have a common bond; each has received a life-saving transplant. Whether it be a kidney, liver, heart, lung, bone marrow or pancreas transplant, each competitor is a testament to the benefits of organ donation. Without these transplants competitors would have died or in the case of kidney recipients, would only have survived as a result of intensive renal support in the form of dialysis.

The Ashby Twins were just one of the success stories at the Games. Michelle and Stephanie were only three months old when they were diagnosed with the life-threatening genetic disorder, Cystic Fibrosis.

After each receiving a double lung transplant, they are now celebrating their 40th birthdays, as well as achieving their sporting dreams, despite the reduced life expectancy that comes with the disorder. 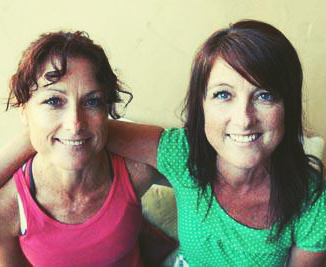 “Neither of us thought we would ever see our 40th birthday,” Michelle says.

“These Games are a great way of reminding us that the life we have now post-transplant should never be taken for granted.

“It also gives hope and inspiration to those waiting for their life-saving transplant.

“Most importantly it sends a message to all Australians that organ donation works.”

Despite the Games boasting a 30 per cent increase in organ donation rates in host countries, there is still a long way to go.

Since 1956, when the first kidney transplant was performed in Melbourne, more than 30,000 Australians have received life-saving transplants, making it the most significant medical breakthrough of the past 100 years.

Although research shows that 90 per cent of Australians believe in organ and tissue donation, Australia is still well behind other countries in donation rates ranking 17th in the world.

The latest statistics reveal there were only 198 donors in Australia in 2007, which is approximately equivalent to nine donors per million people. This figure is half of the United States’ donor rate. Most tragic of all is the fact that of those on the heart, liver or lung waiting lists, over 20 per cent will die before they receive a transplant. More than one person a week dies waiting for their second chance at life.

What you can do

Transplant Australia, a community organisation promoting organ donation, aims to bridge the gap between the need for transplants and the hundreds of people who die each year simply because one is not available.

A spokesperson from Transplant Australia says that people’s opinions regarding organ donation and transplantation are influenced by their cultural, ethical and religious views and it is important that each Australian makes their own decision and discusses it with their family and close friends.

“These conversations are an important part of the donation process and family or friends should be made aware of your decision and views,” she said.

“The more family members who know of your decision to donate organs, the more likely the donation will proceed and save someone’s life.”

Do you have a positive story on organ donation? Share it with us.