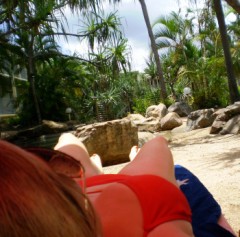 The Bureau of Meteorology (BOM) says a faulty instrument is the cause of an incorrect announcement of the hottest day in August.

He says the correct  top for August in Queensland was 38.1 degrees  Celsius in Bedourie, in the state’s far south-west.

While average rainfall in south-east Queensland is expected for spring, Mr Sabburg says there is a 70 per cent chance temperatures will exceed averages.

“We’ve had a heatwave in winter and coming into spring we’ve got an El Nino,”  he said.

Mr Sabburg says the high temperatures are due to a lack of cold outbreaks, a lack of moisture and consistently clear skies.

In recent days, fires have continued to burn in Tallebudgera on the Gold Coast hinterland and at Brookfield, on Brisbane’s westside.

Mr Sabburg says he is not surprised by precautions taken by firefighters leading up to summer.

“These anomalies fit into what climate change would indicate,” he said.

“We’ve been preparing for this summer because of high fuel levels from to high rainfall earlier in the year,” she said.

Ms Martin says 2,000 hazard reduction burns will be carried out by the end of August.

On hand will be 34,000 rural volunteers, plus 4,500 permanent auxiliary firefighters.