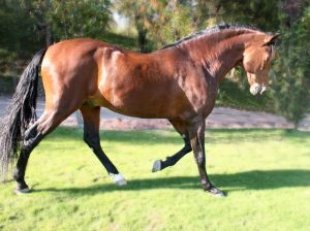 Dr Symons says under national policy any horse that contracts the virus will be euthanased: Sammylee via everystockphoto.com

Positive test samples have confirmed another horse from a central Queensland property has contracted Hendra virus.

It is the third horse for the Cawarral stud, in north Rockhampton, where an outbreak of the deadly virus has already put four people in hospital and killed two horses.

Dr Symons says national policy regarding this result means that after due process, the horse will be humanely euthanased.

“We are really concerned that we continue to protect humans and other horses…so the national policy is to euthanase the horse,” he says.

“Horses can have the virus in their system and recover, but there is an ongoing risk of the virus remaining dormant and reappearing in the future and this presents a potential threat to human and horse health.”

Dr Symons says the horse had been in isolation on a quarantined property but was confident the result did not present any new risk to human or horse health.

The workers had close contact with two infected horses on the property, who both have since died.

Earlier this morning, Princess Alexandra Hospital released a statement saying it would no longer be releasing information on the stud workers and Dr Rodgers out of respect for their privacy.

If anyone suspects a case of Hendra virus they should phone Biosecurity Queensland on 13 25 23 or contact the Emergency Disease Watch Hotline on 1800 675 888.