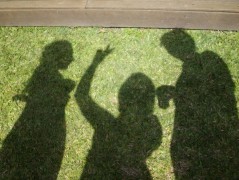 Shadows of a past generation linger over an event that will always remain ‘ever-youthful’: Ryan Clark

At 7am on an average Wednesday most will slowly rise from their beds and shuffle into the shower contemplating the long and arduous days activities ahead. Whether it be work, university or household chores, Wednesday could be called the lull of the week; still too far to think of the weekend, but far enough in that there’s no turning back. So then, if presented with a holiday on a Wednesday, an opportunity to leave the alarm clock in the drawer and dream of a happier place, why would we even consider passing it up? What possible reason could possess us to willingly uproot from the warmth of ours beds and venture outside into the natural light?

Of course it’s the Ekka races, an annual event attracting well over 20,000 patrons through the turnstiles; a huge majority fitting comfortably inside the generation Y bracket. To simply call this event a ‘race meet’ would be like calling the Opera House a building; sure it is, but the size, stature and impact are lost in translation. OK, maybe making comparisons with the Opera House is a bit of a stretch, but with the Ekka race day now firmly etched into the traditions and culture of Brisbane there is no doubting the importance of one of Queensland biggest race days.

For many the day begins at a pre-party,  a chance to mingle with friends and show off the results of hours of preparation and often great expense. Of course another reason for the pre-party is to ensure an adequate level of social lubrication prior to arrival, and this is where the real race begins. You see the actual racing tends to take a back seat on the day. In fact I would go as far to say it’s hidden away somewhere in the boot. Of the 100 people I talked to nobody mentioned anything about the horse racing and I overheard more then one person say “Wow, I don’t think I actually saw a horse all day.” Like it or not the Ekka races are seemingly little more then a good excuse to get dressed up and drink during daylight hours.

Much like a good horse, the key to the day is all about being a good ‘stayer’ – don’t go too hard too early. However finding someone who achieves this is about as hard as backing a winner in race six. Upon arrival at 12 o’clock I had barely walked through the gate before seeing a young gentleman being escorted out by eight security guards. He was the first of many as a seemingly endless parade of unfortunate patrons were ushered out of the premises. At around 1pm there were already a large quantity of girls sprawled across the grass buried in a sea of once proudly worn shoes and fascinators.  Not long after this I placed yet another badly thought out bet before coming across what was always going to be inevitable in such an environment: At the foot of the grandstand a brawl breaks out with around half a dozen combatants. Three tables are destroyed and many a $9 drink are spilled as cheers bellow out from the on-lookers.

So is this to say the Ekka races are a bad thing? With copious amounts of binge drinking, anti-social behaviour and amateur boxing it would certainly seem that way for many. However what must be remembered here is that this is an event almost exclusively for young people. Even the Brisbane Racing Club clearly states the day is set up for those of 18-22 years and subtly advises anyone older to maybe think again.

So perhaps once my 30s are in sight I too will grow tired of the event and curse the new generation for their childish and thoughtless behaviour. However until that day, the drama, the excitement, the atmosphere and the downright unexpected nature of the Ekka races will ensure crowds continue to grow on the one day that young people take reign of the sport of kings.